The 385 MW project, operated by E.ON in partnership with Equinor, can when completed, deliver power to approximately 400.000 German households. After the first of 60 turbines now being online, further wind turbines will be launched into operation.

“First power in the Arkona wind project represents a milestone in the market of renewable energy and we are proud to participate together with E.ON and the transmission system operator 50Hertz. Arkona is Equinor’s fourth wind farm coming online in Europe since 2012 and supplements the delivery of energy to Germany. It is yet another important contribution to Equinor’s ambitious strategy, where the company is developing from a focused oil and gas company to a broad energy major, building on our extensive offshore experience and more than 40 years as one of the largest energy providers in Europe”, says Equinor’s head of New Energy Development and chairman of the Arkona steering committee, Pål Coldevin.

The Arkona project is located 35 kilometers northeast of the island of Rügen, Germany. The wind farm will have an output of 385 megawatts (MW) and supply around 400,000 households with renewable energy. The investment is 1.2 billion euros. Arkona saves up to 1.2 million tons of CO2 annually compared to conventionally generated electricity.

Final stage of construction
The Arkona project is in the final stage of construction. The offshore substation and all 60 foundations were installed ahead of schedule. The cabling to connect the turbines to the offshore substation was also installed earlier than planned. Currently, the wind turbines consisting of towers, nacelles and blades are mounted offshore. At this point of time, 44 wind turbines are installed. The aim is that all turbines shall be installed by this year and feed renewable energy into the grid. 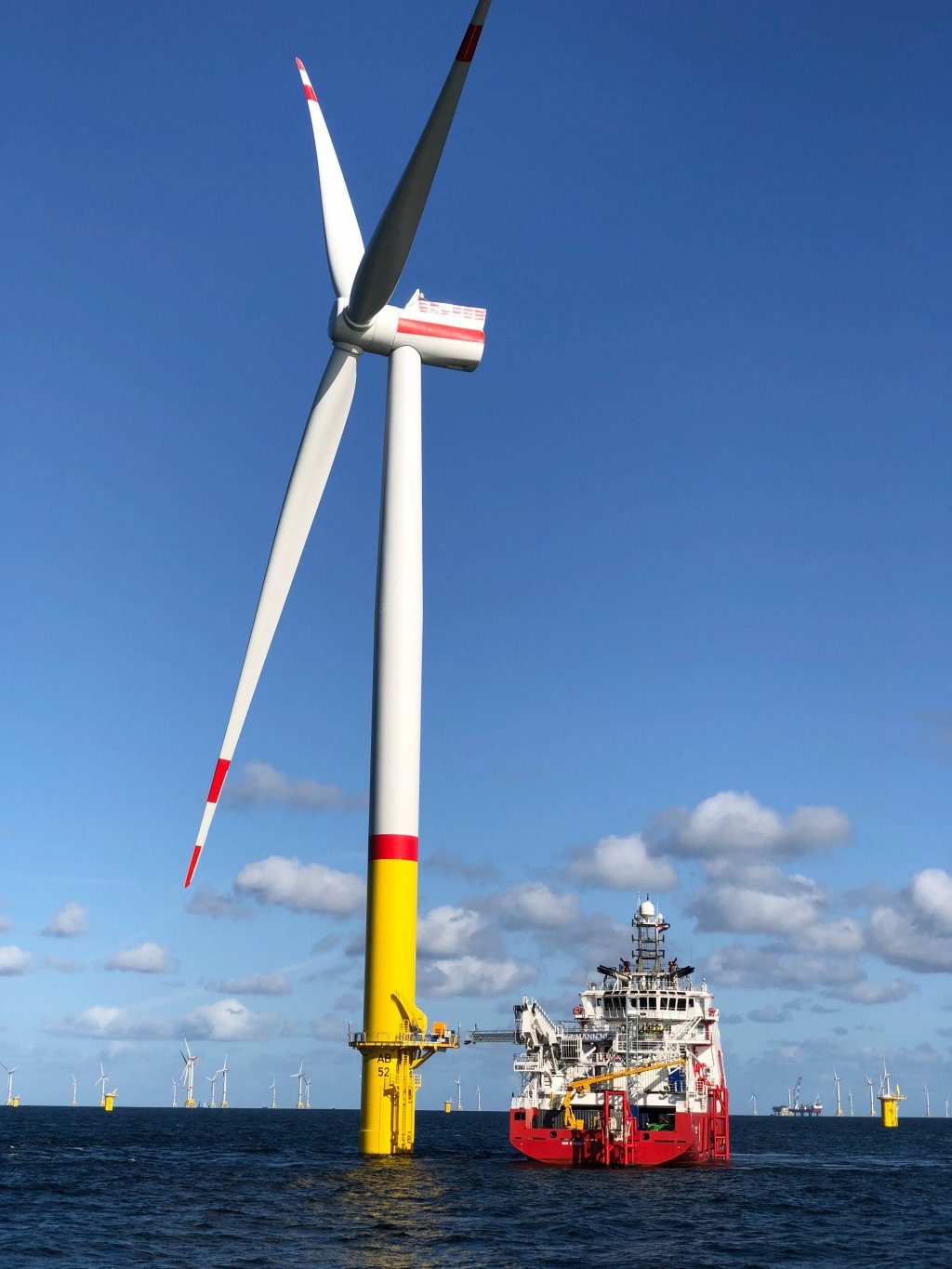 The Arkona project is located 35 kilometers northeast of the island of Rügen, Germany.

"It only took one year from the first monopile installation to the first electricity feed-in. Rarely before has a project been built so straightforwardly. This is a great achievement on the part of our team and all our project partners and at the same time an important step towards further optimization of offshore wind projects,” says Sven Utermöhlen, COO of E.ON Climate & Renewables.

"The concept of fast and cost-effective offshore grid connections in the Baltic Sea has also proven its worth in this project. Together with the Arkona wind farm, we have succeeded in planning and constructing an efficient, cost-effective, flexible and safe transformer platform. This is another important step for the development of offshore wind energy in the Baltic Sea", says Frank Golletz CTO of 50Hertz.

Extensive offshore wind portfolio
Equinor has contributed actively in the development of the project through secondees and the company’s competence especially within marine operations and structures, including corrosion protection.

60 turbines of the six-megawatt class by Siemens Gamesa Renewable Energy will be installed. Arkona is a 50/50 joint venture between German utility E.ON and the Norwegian energy company Equinor.

Equinor’s current offshore wind portfolio has the capacity to provide more than 1 million European homes with renewable energy. In addition to participating in the Arkona offshore wind farm, Equinor also holds a position in the Baltyk II and III wind projects in the Polish part of the Baltic sea. In the UK Equinor operates the Sheringham Shoal, Dudgeon and Hywind Scotland offshore wind farms.